Most of the important things in the world have been accomplished by people who have kept on trying when there seemed to be no hope at all. – Dale Carnegie

Some of the special skills discussed in writing may have you feeling as if there is really no room for expressing your own personality in your writing. However, there is always a misunderstood need for personal innovation in storytelling. There will always be intriguing stories that defy conventional wisdom.

Children’s author Pamela Jane struggled with the advice she was receiving from others in the field of children’s literature. The suggestion was that Pamela should write about the subjects she knew. She was advised to avoid stories about dolls, fantasy and seasonal titles.

As it turns out, Pamela had just written a story about a doll she had owned as a child and the imagination she used to convey a fantasy Christmas story.

Pamela angrily accepted the advise of her writing friends and set the story aside. However, another friend encouraged her to at least explore the possibility of publishing the story.

“I decided to send it to an obscure regional publisher who might not have heard that seasonal doll fantasies were passé,” says Pamela. However, before the work could be reviewed Pamela was encouraged to send it to a major publishing house.

The query simply read, “It’s a Christmas fantasy about a little girl and a ballet doll.” Pamela assumed it would to be an automatic refusal so she didn’t attempt to put her best foot forward.

The editor that looked at her sparse cover letter responded with four words that defied the odds, “Please send your story.”

That story, “Noelle of the Nutcracker”, became the first of more than twenty children’s books for Pamela Jane. While she has had more conventional books, her first was one that helped Pamela see that sometimes writing does not need to follow a prescribed formula to connect with a reader.

There are no guarantees in writing, however if you have something that you really believe in follow through with it even if the experts insist you might have it wrong. Accept their advice and then do what you feel you have to do. You might just have a success hiding away on a shelf somewhere.

Total Page Visits: 3974 - Today Page Visits: 4
This page is a sponsored by the SFI Affiliate now showing below.
If you are interested in being a sponsor you can find more information HERE. 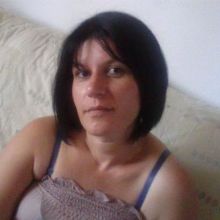