If your current ad campaign isn’t giving you the results you want, then you may want to consider internet marketing as another option. The cost of traditional advertising is costing more and more, and it is also getting more difficult to capture the attention of consumers. To be blunt, it’s losing its edge. However, you must advertise your business; otherwise people won’t know about it. The good news is that the online world may be just the ticket.

For many years television was the best thing going in advertising. Anybody with a product and large enough advertising budget could reach millions of people, and the people watching TV were a captive audience. In fact, some television commercials became more popular than the TV programs themselves. It seemed as though a commercial plus a product equaled success.

By the same token, newspaper ads also had their day in the sun. The great thing about newspapers is that they were produced locally and covered local news. Furthermore, if your business was in a small town, your business didn’t have a lot of competition, if any. A basic ad in the paper was enough to bring in all of the business you needed.

Flash forward to today and advertising on TV and in the paper are less effective. Sure, they still get plenty of advertising dollars, but the world of advertising has changed drastically. People seem to be busier than ever, and their attention spans are getting shorter. Another problem is that their attention is being demanded from many more sources than in years gone by. It used to be that there were only a few TV stations, now there are hundreds; a few local radio stations have been supplemented by satellite radio; and the local newspaper has been replaced largely by cable news stations and the internet…and that’s only the short list.

The beauty of an internet marketing campaign is that you can reach the people who actually want to see your message. Not only do they want to see it, but many of them will be actively seeking it. Talk about a whole new way of advertising!

That being said, you still need to appeal to your potential customers. Whole they may be happy to see your message, you still have to make sure that the message will get them to take action. When writing ad copy for the web, remember that people’s attention spans are at their shortest when they are online. You need to capture their attention immediately, and then draw them in.

If you like, you can continue to use traditional advertising methods to get your message out. However, you should also add an internet marketing campaign to your efforts.

Total Page Visits: 6188 - Today Page Visits: 4
This page is a sponsored by the SFI Affiliate now showing below.
If you are interested in being a sponsor you can find more information HERE. 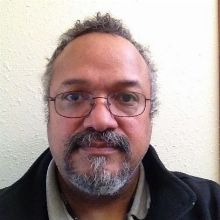